We decided to get away for a few days so we made a trip up to Singapore. Its only a 5 hour flight from Perth in Western Australia where we live. My wife and I had last been to Singapore over 20 years ago, so we were eager to see how it had changed and how we had changed.

Shopping was no longer on the agenda we were now more interested in the surroundings the food and of course for me the chance to photograph a new location.

One of the must see items on our list were the Supertrees at Gardens by the Bay, so we timed our visit for the evening when the lights would be turned on. I found if I laid down on my back and using a fish-eye lens, I captured some interesting compositions looking up at the trees. 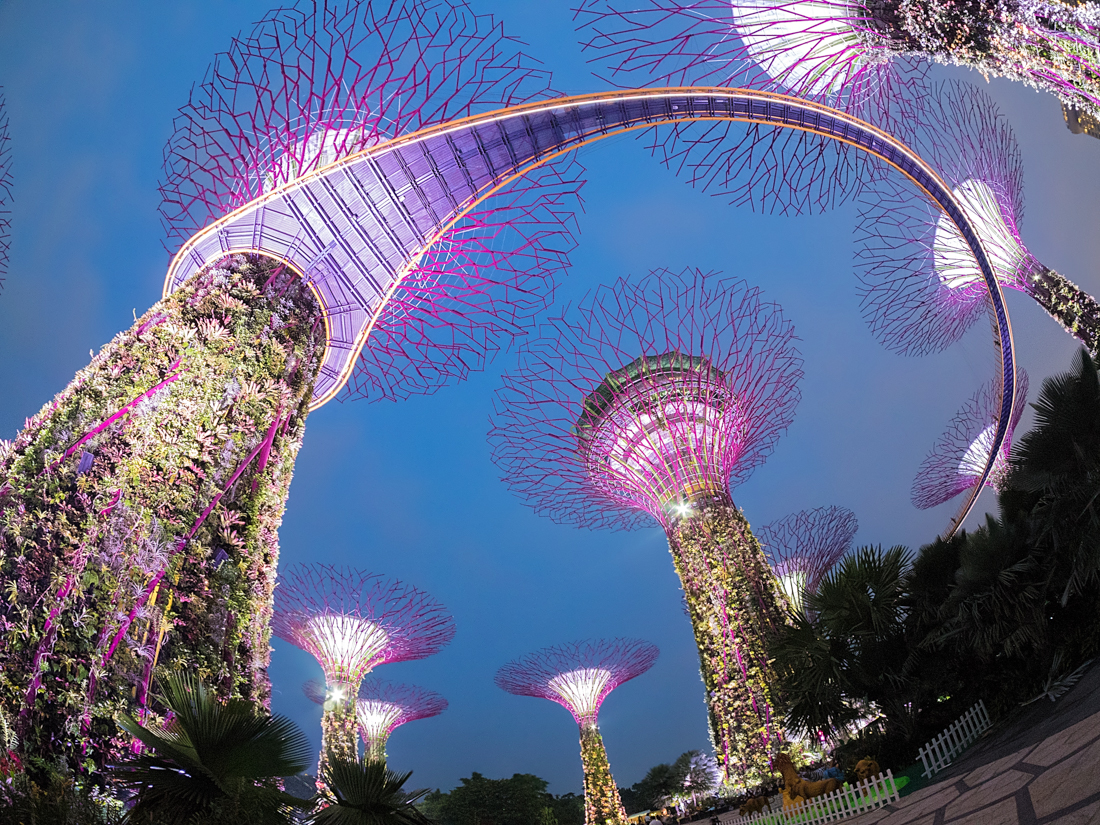 (Tip) Don’t get run over by the electric ice-cream truck, you can’t hear it coming and the driver is not on the look-out for photographers laying on the ground. 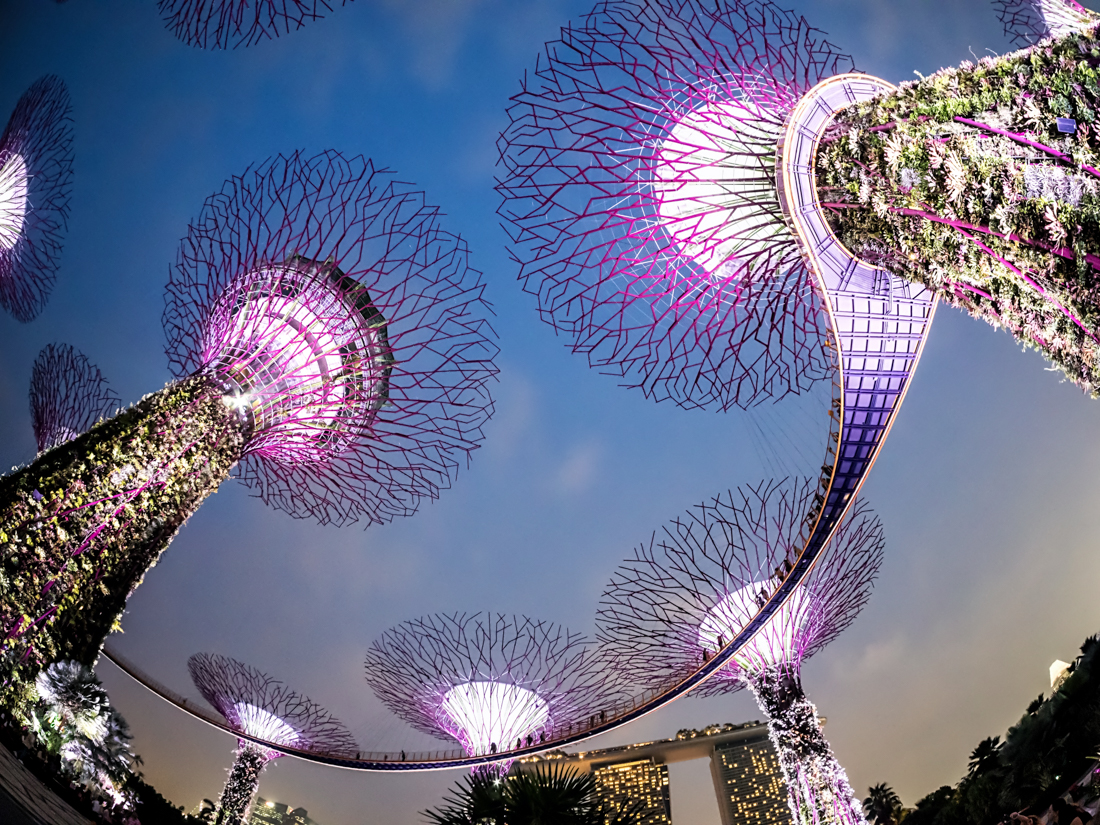 The Supertrees are behind the Marina Bay Sands hotel which is a 55 story building with what looks like a ship dropped on the top. This is a spectacular building that we walked through on the walkway and apparently you can have a beer in the bar on the top but the pool is only for paying guests. I would of been up there in a flash to take some photographs but we had a lot of smoke from bushfires in Indonesia and visibility was not to good at that height. 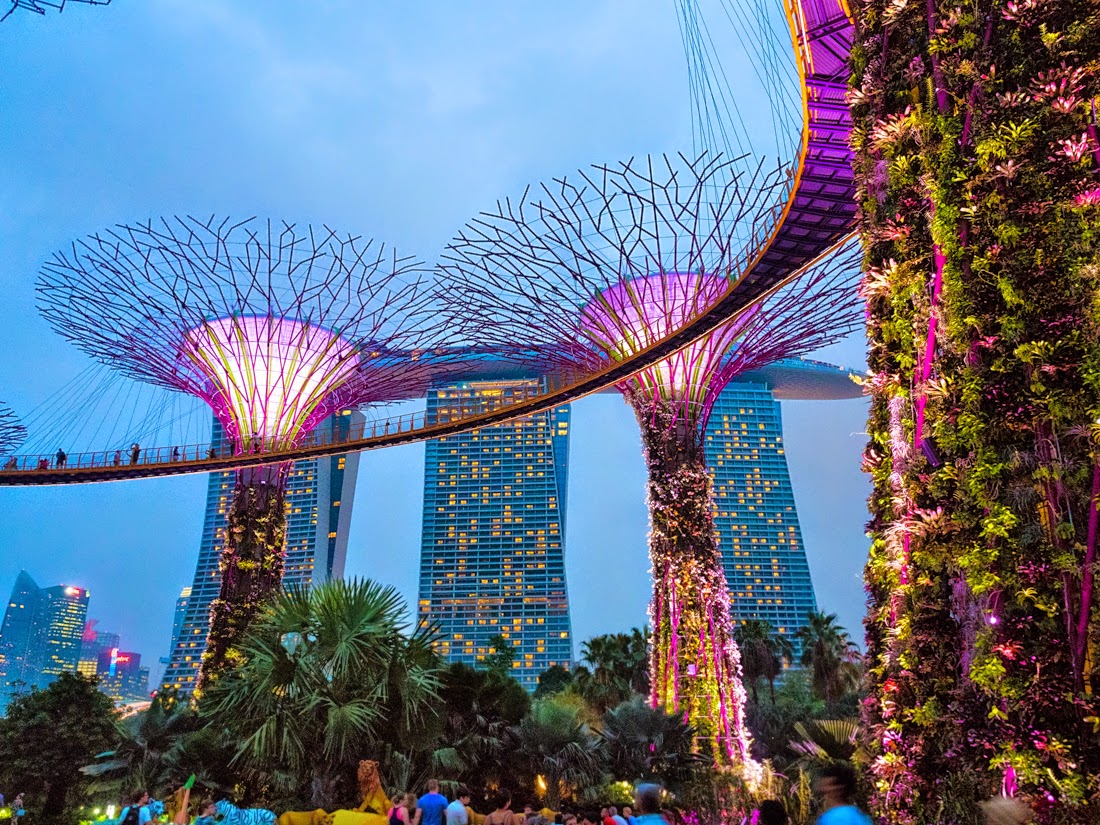 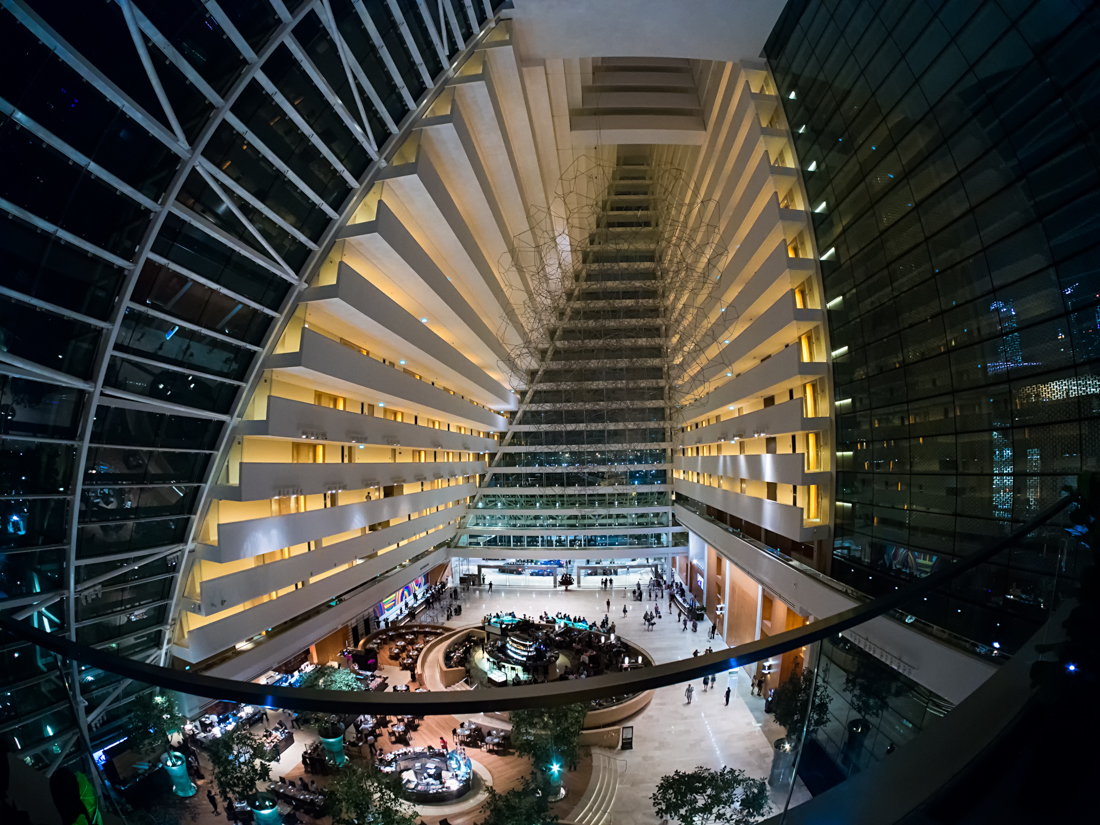 Inside the Marina Bay Sands 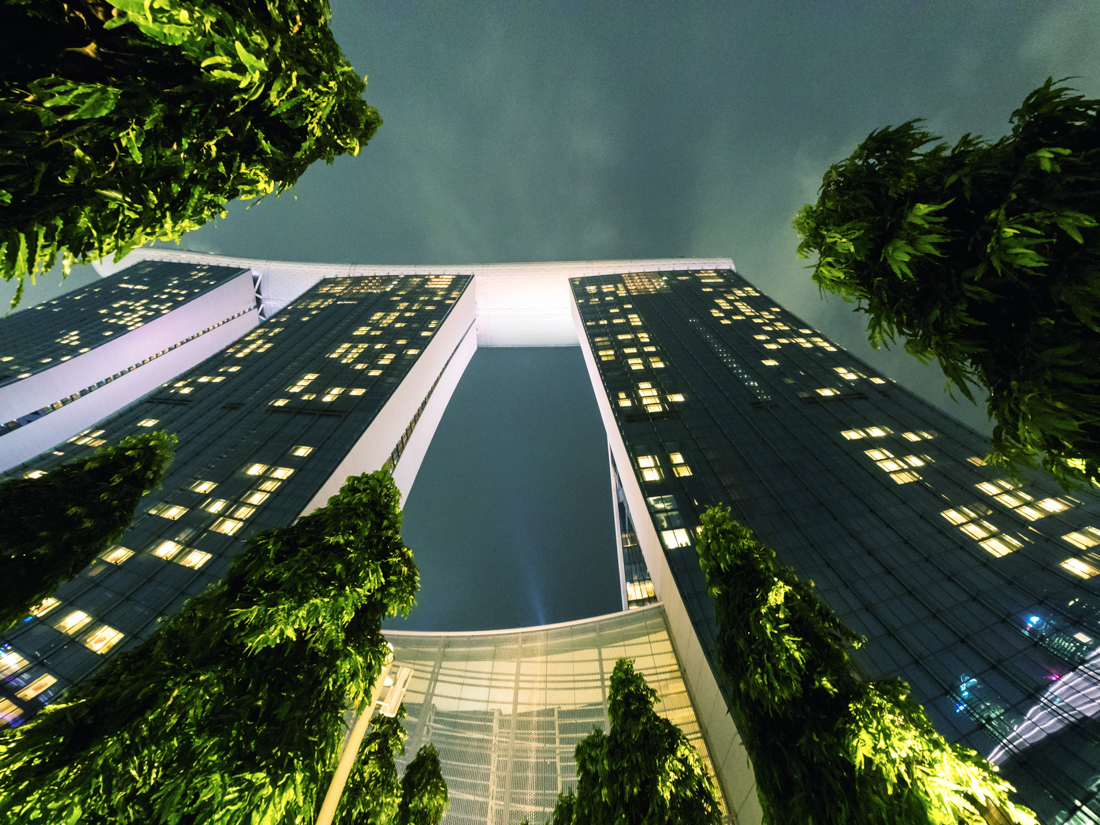 The view from underneath

Just strolling around the waterfront there was always something happening. The Formula 1 was starting on Friday so it may of been the excitement building for the weekend. 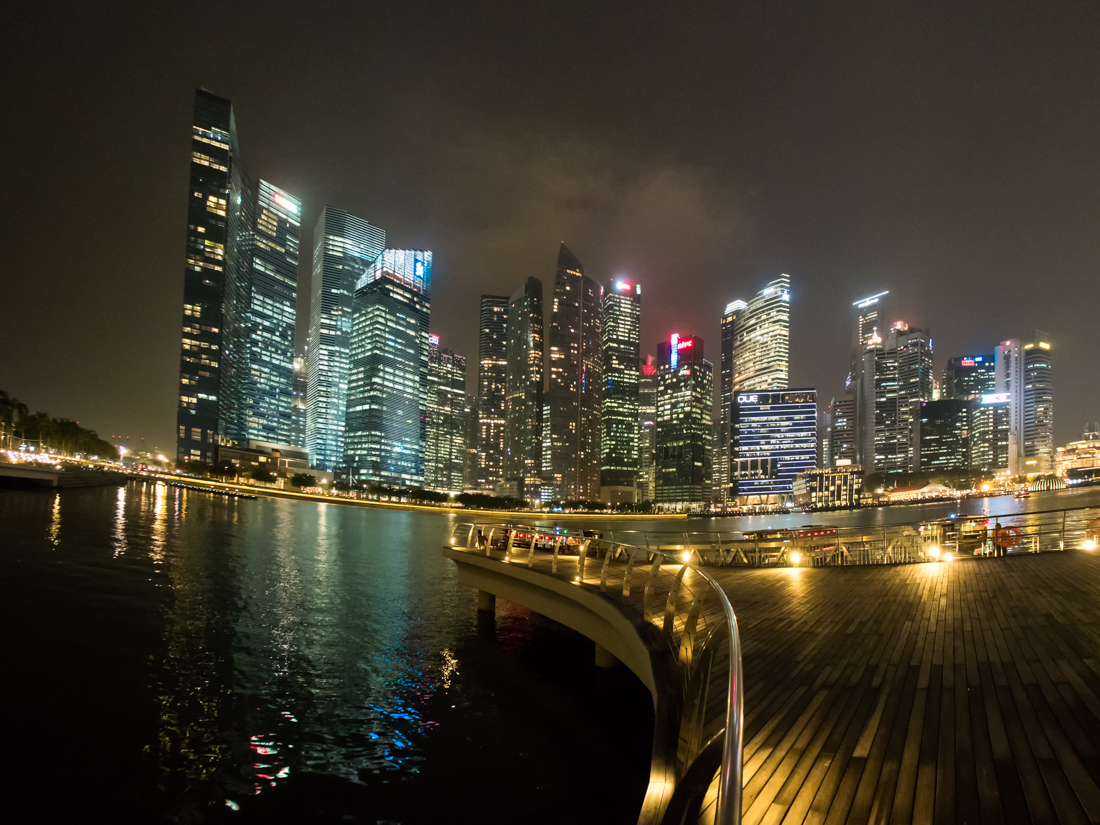 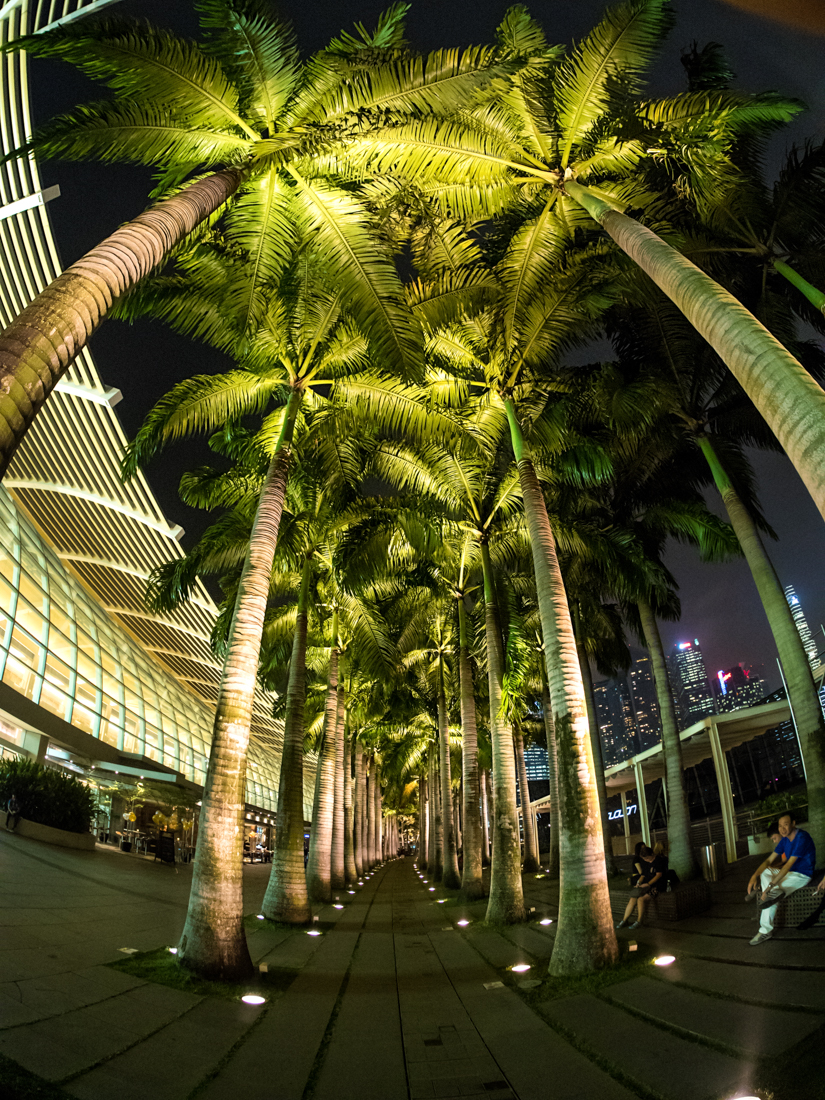 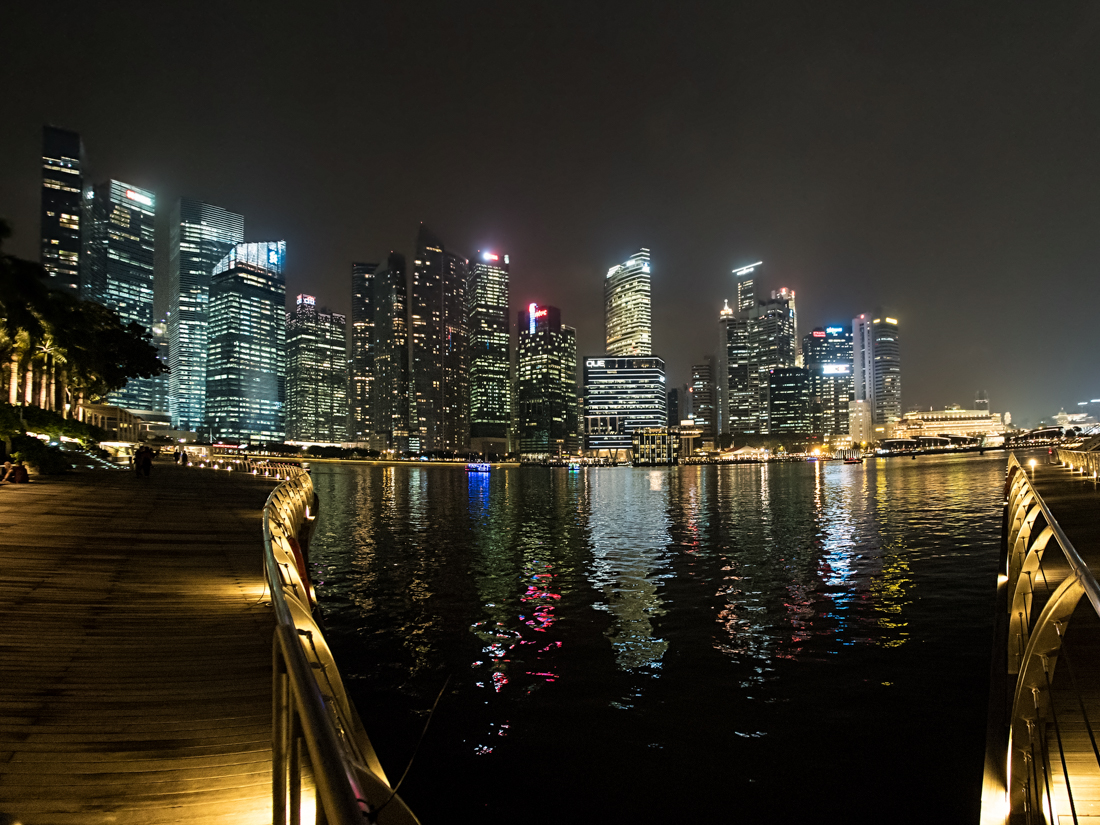 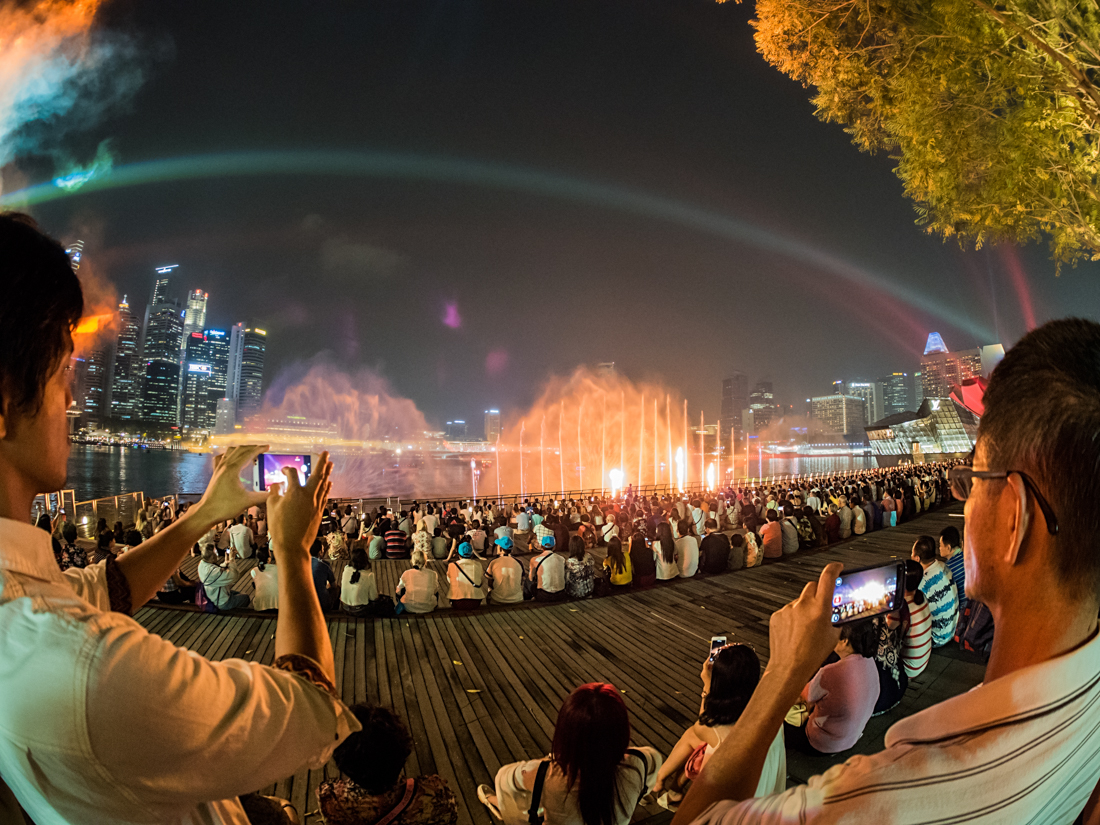 Of course it wouldn’t be Singapore without some rain, its the ideal time to stop and have a coffee and something to eat and wait the 2 hrs for the rain to finish. Spending $6 on an umbrella also helped for those times we had to dash across the road or just wanted to wander around some more. 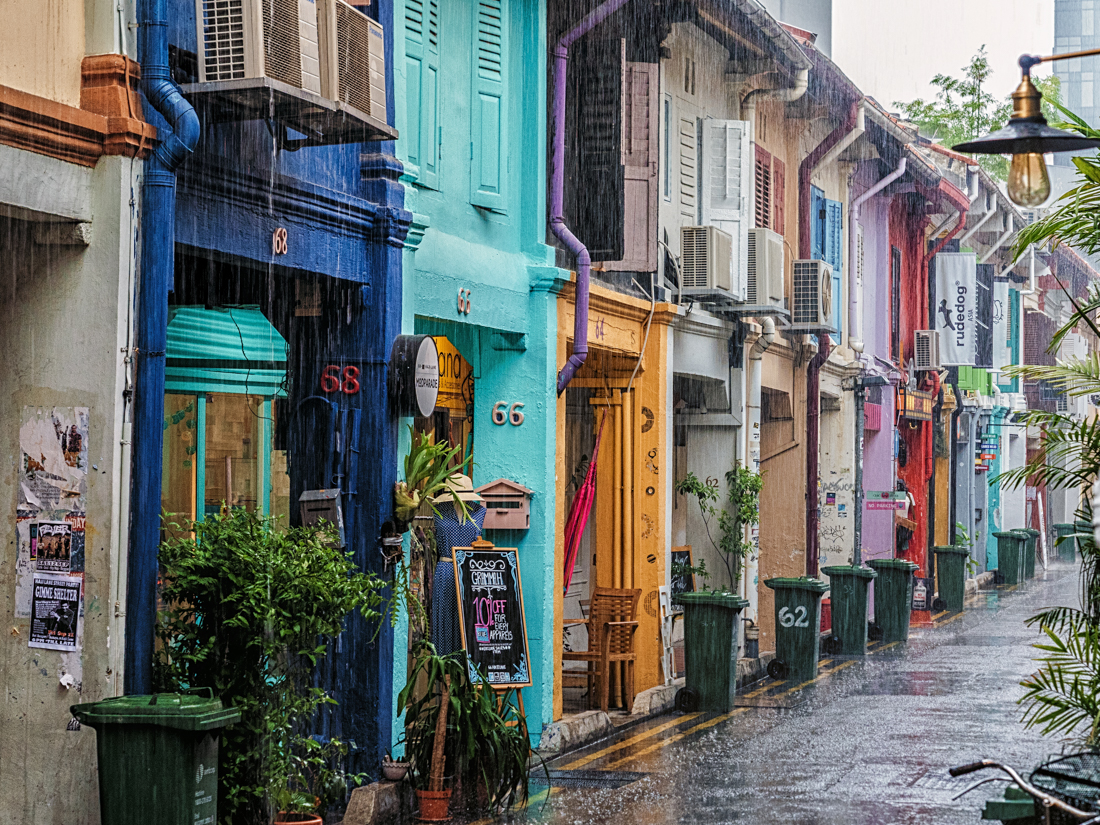 Visits to China Town and Little India were interesting, different suburbs with there own character sometimes bustling with energy sometimes a little seedy. 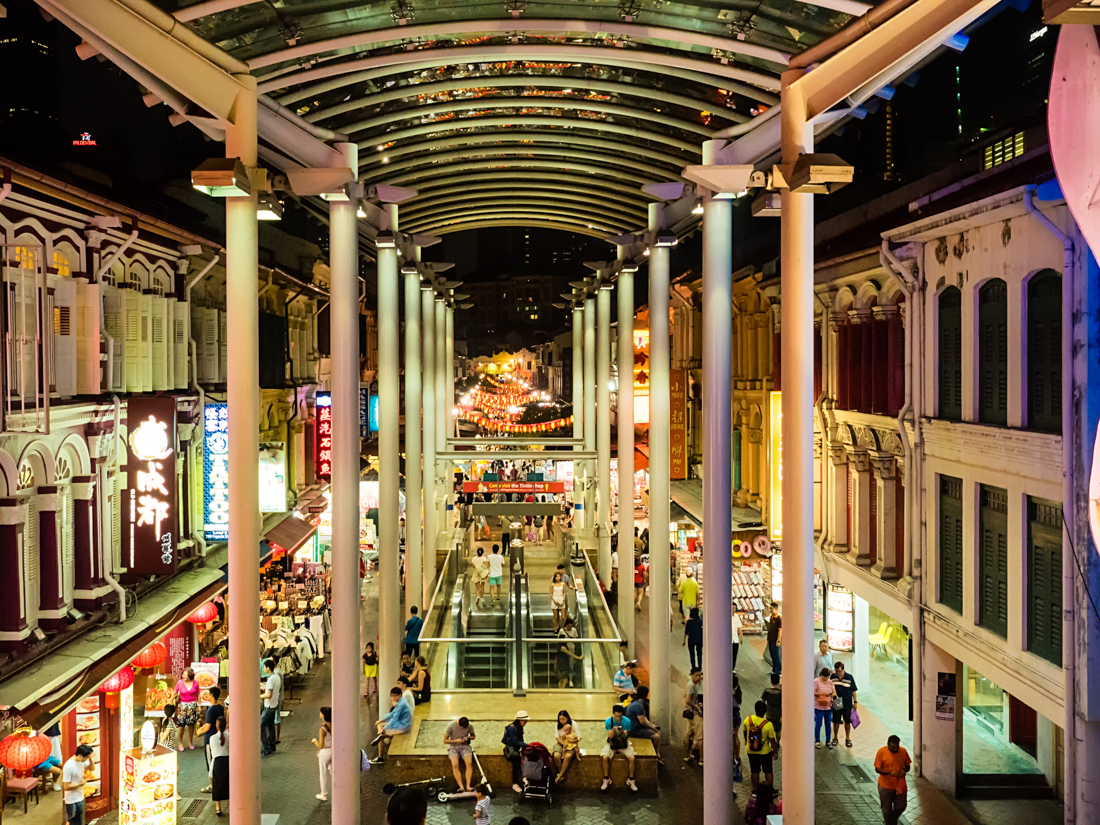 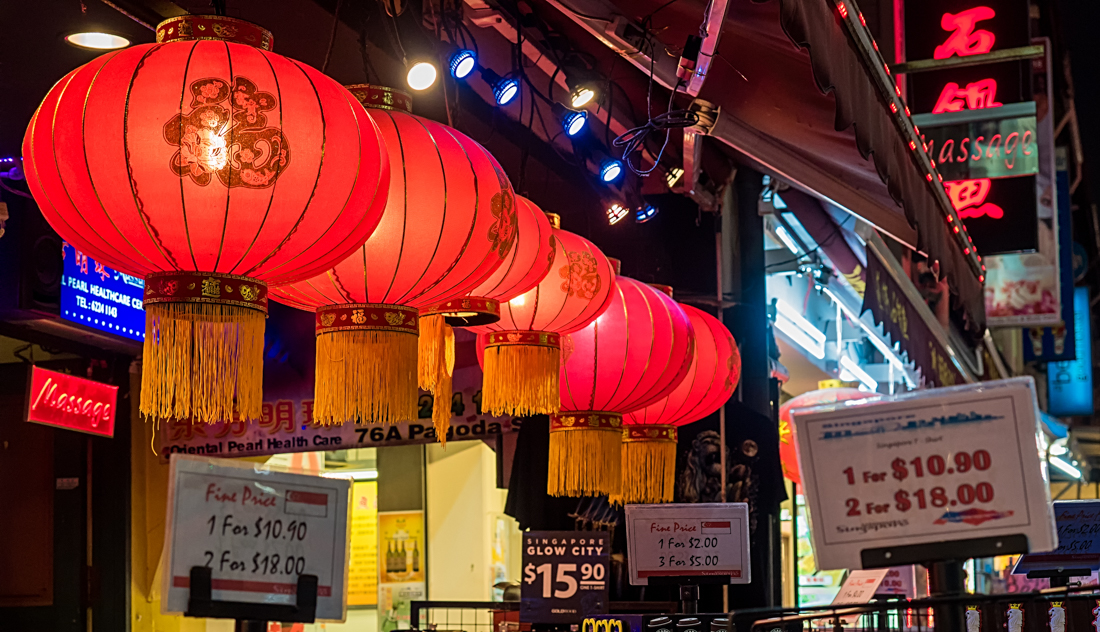 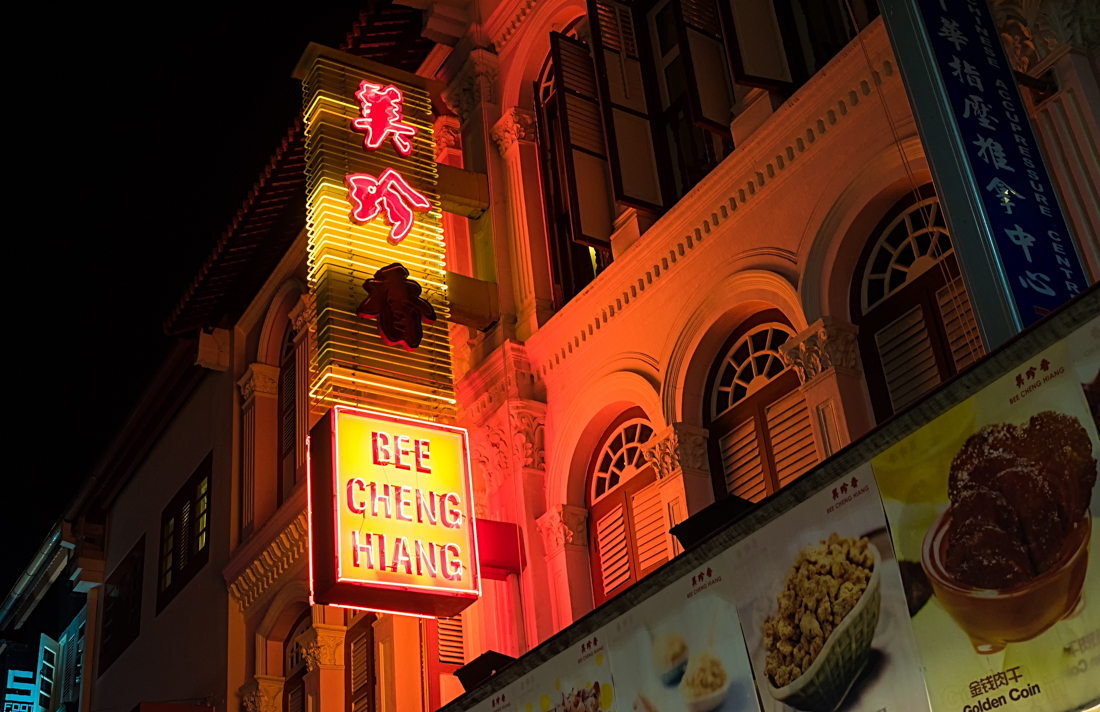 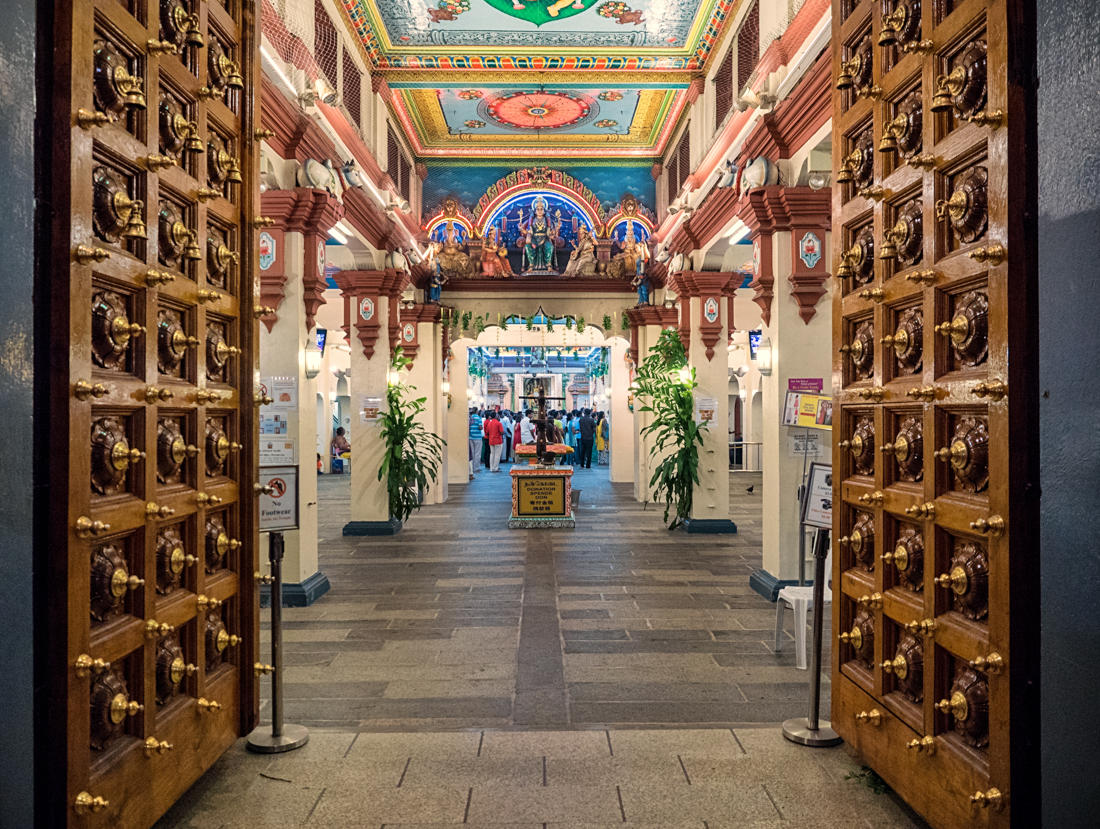 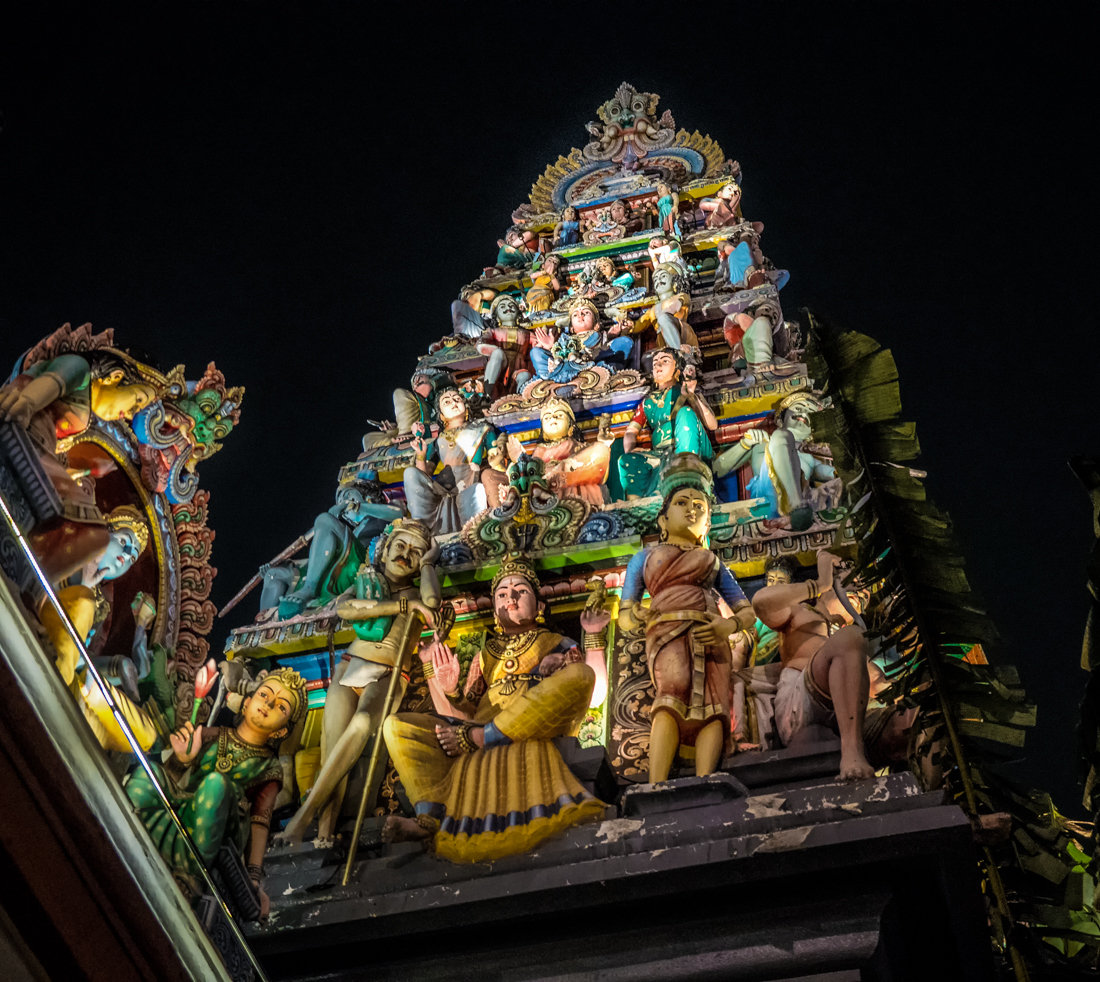 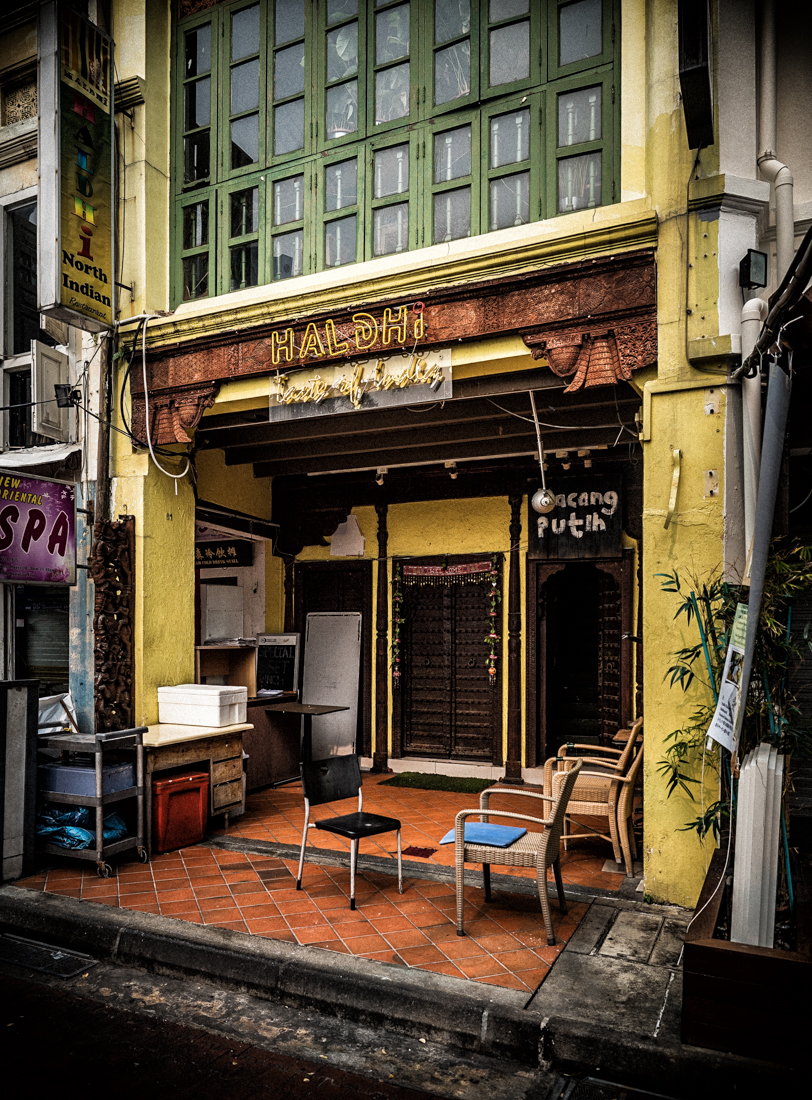 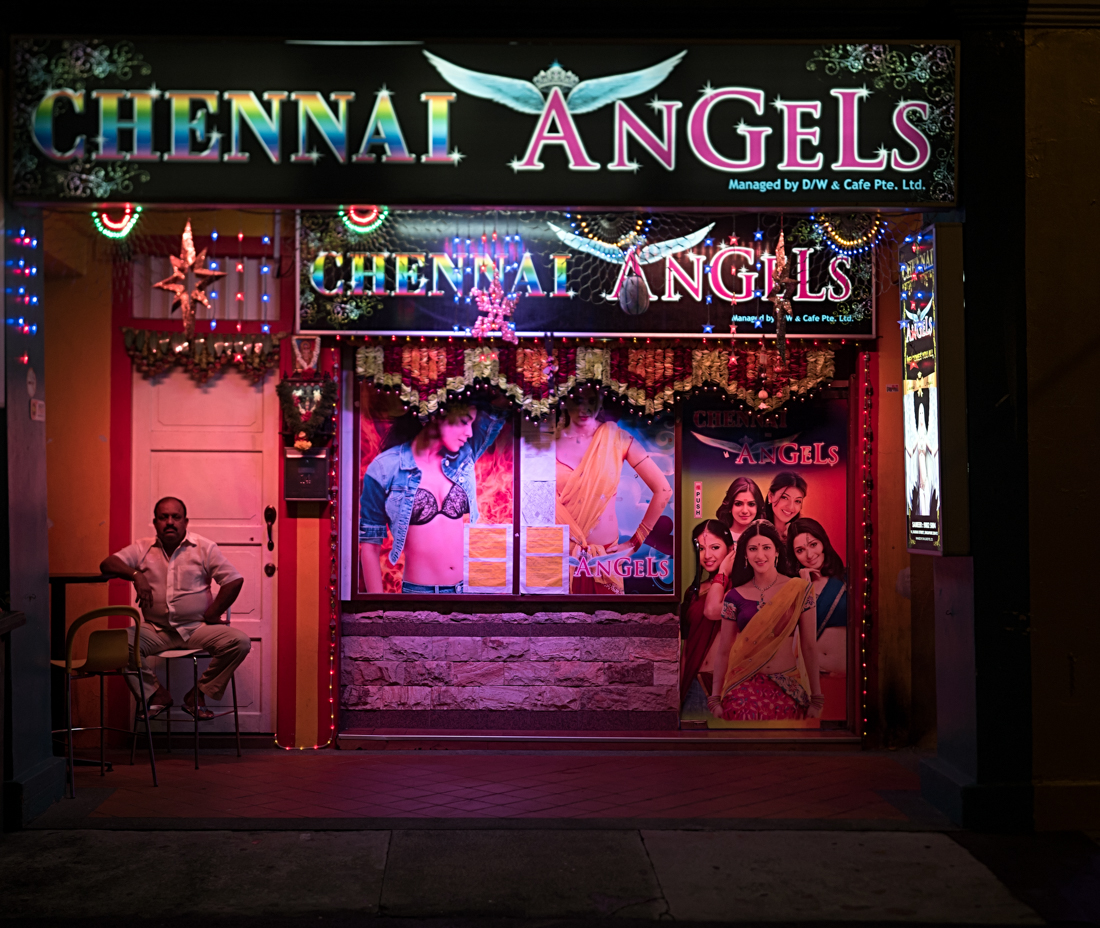 Of course it wouldn’t be Singapore without a visit to the zoo, judged to be one of the best in the world. 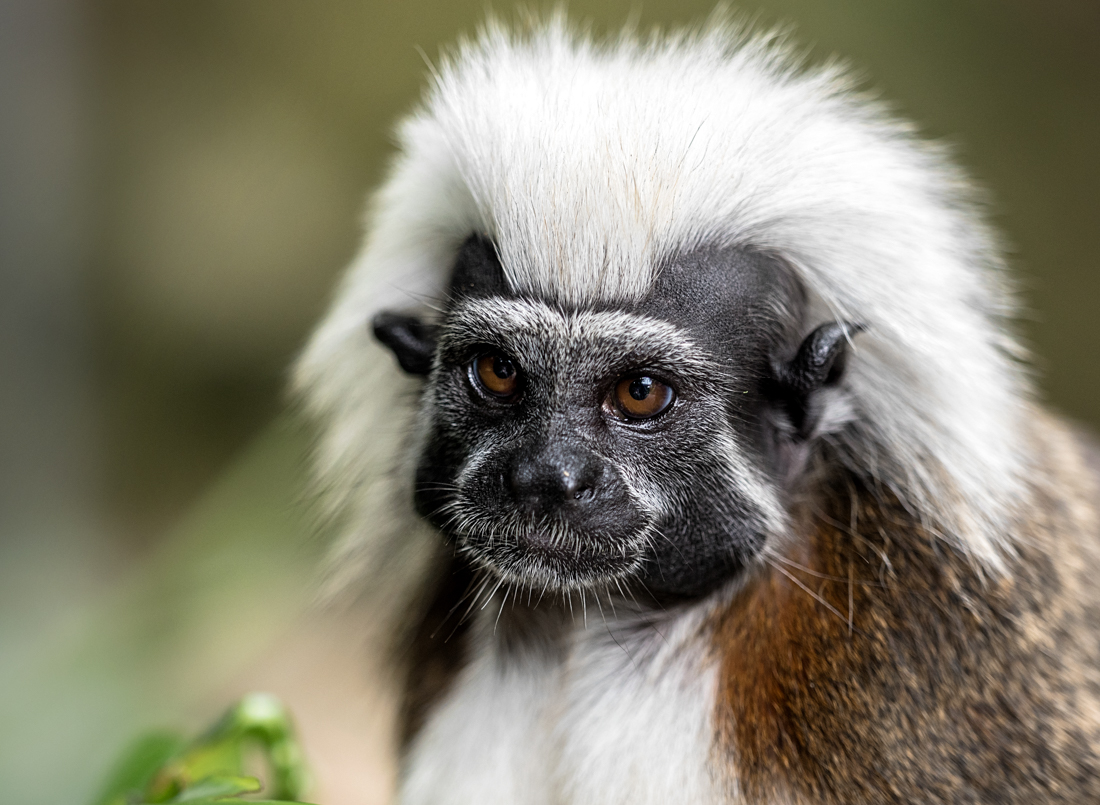 Laughing at the tourists 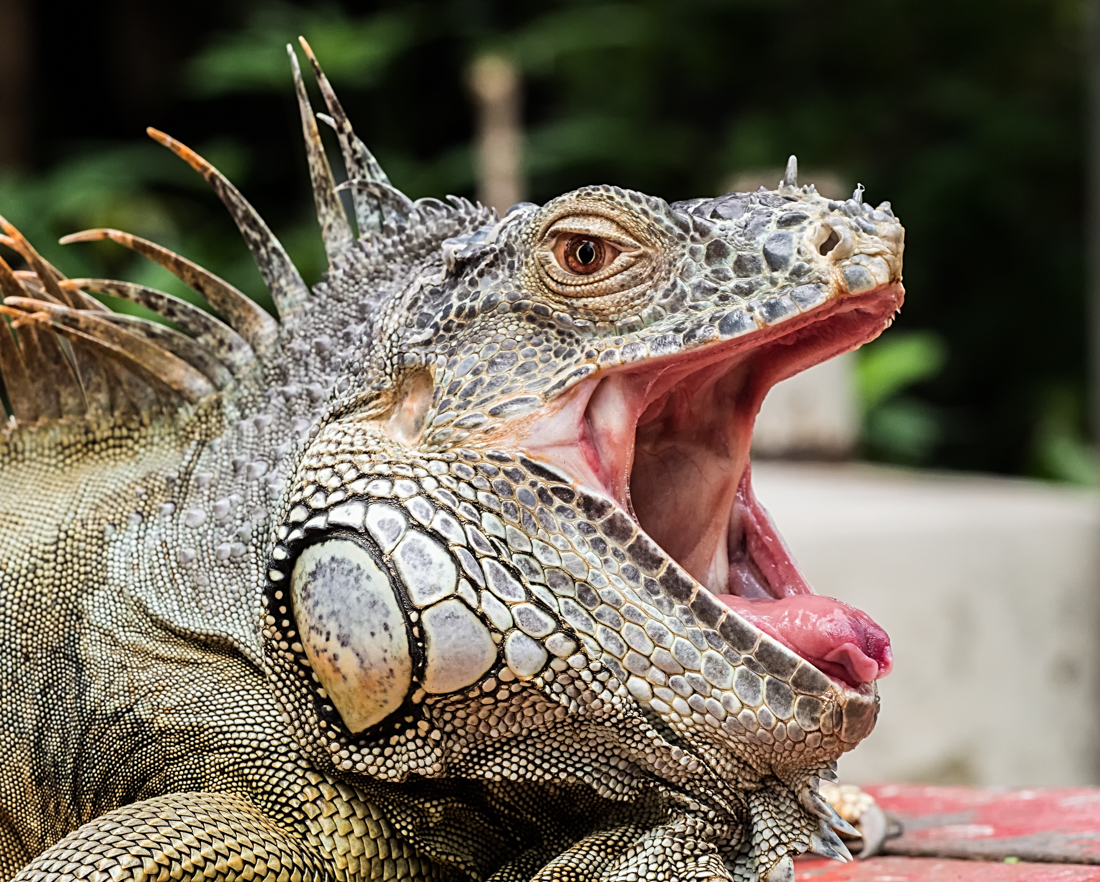 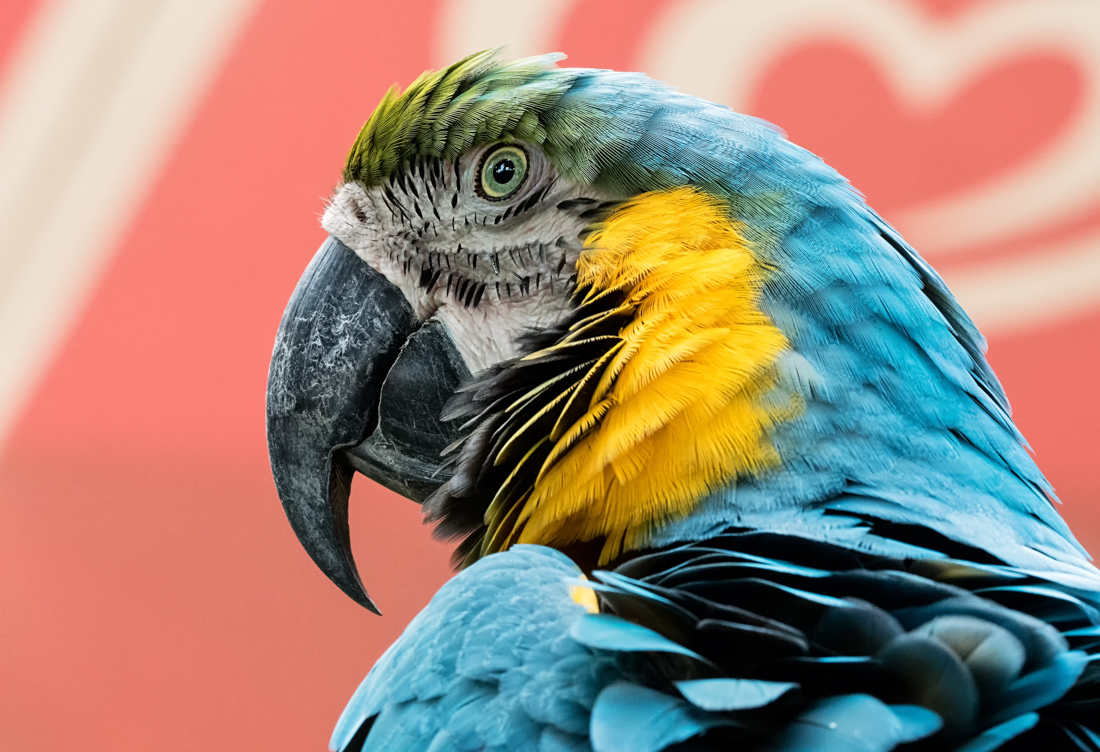 By the end of the week we were shattered, the high humidity and the amount of travelling we had done walking, and also on a bicycle tour around the City was now taking its toll. I could only manage one beer and then wanted to go to sleep. But when its Happy Hour with two beers for the price of one, well you just have to suffer. Funny thing Happy Hour was from 4pm to 7pm then again from 9pm till midnight.

Singapore is such a mixture of old and new architecture and a blend of several cultures it's really unique. 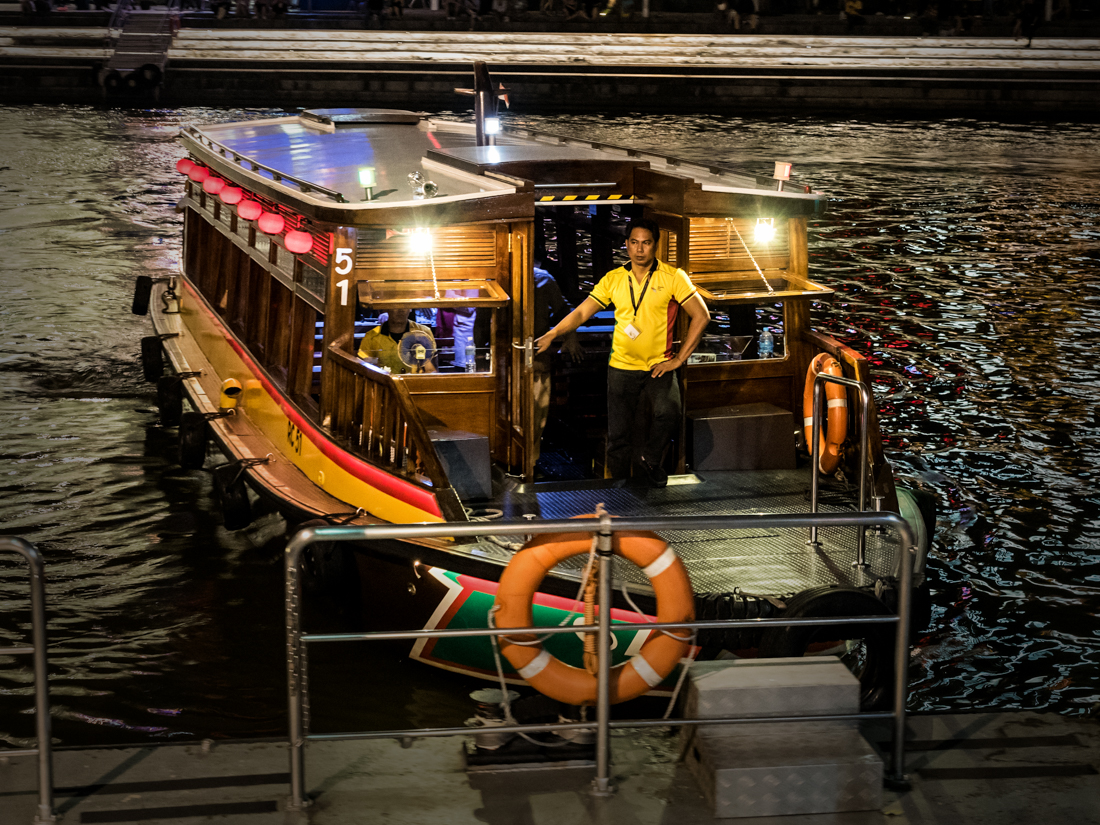 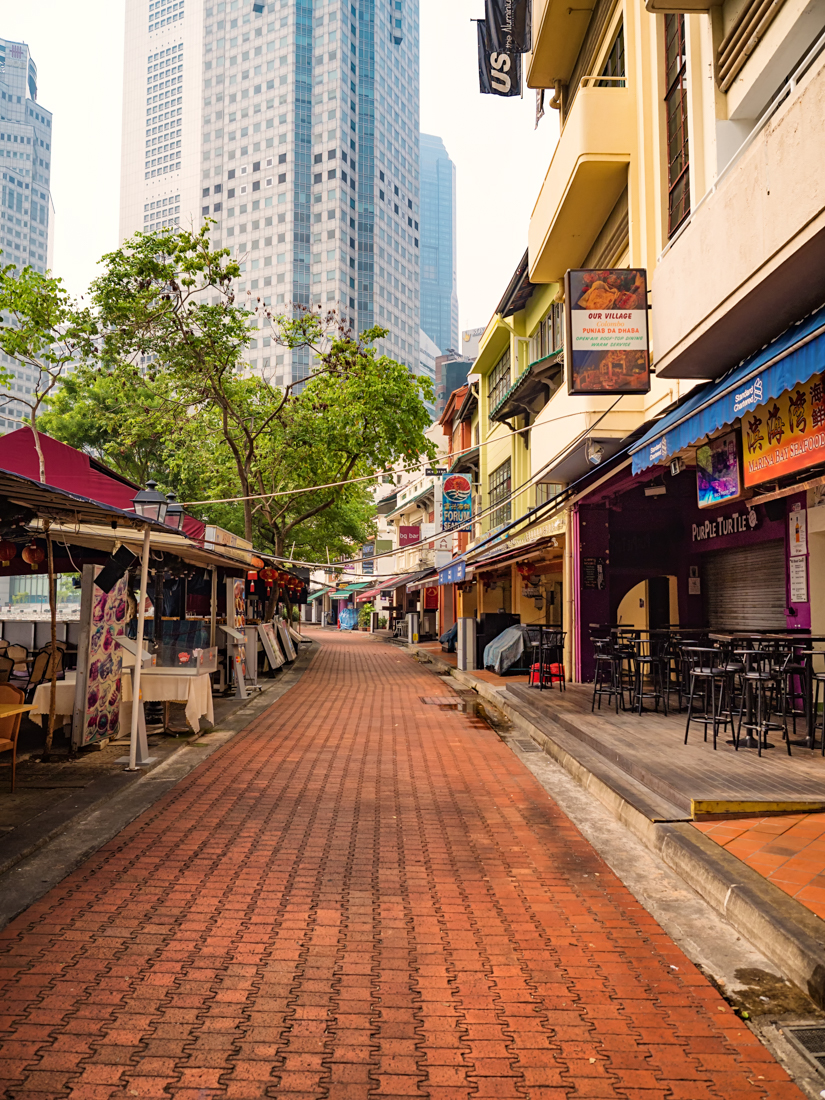 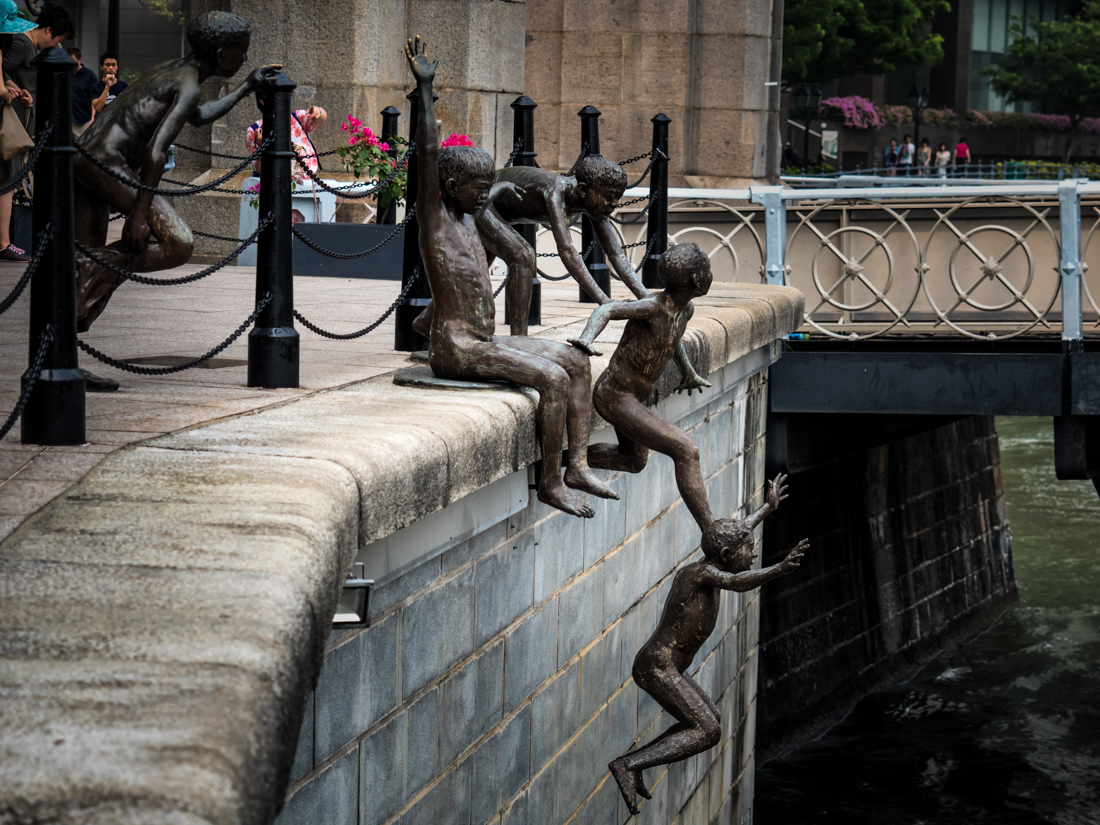 The way it used to be 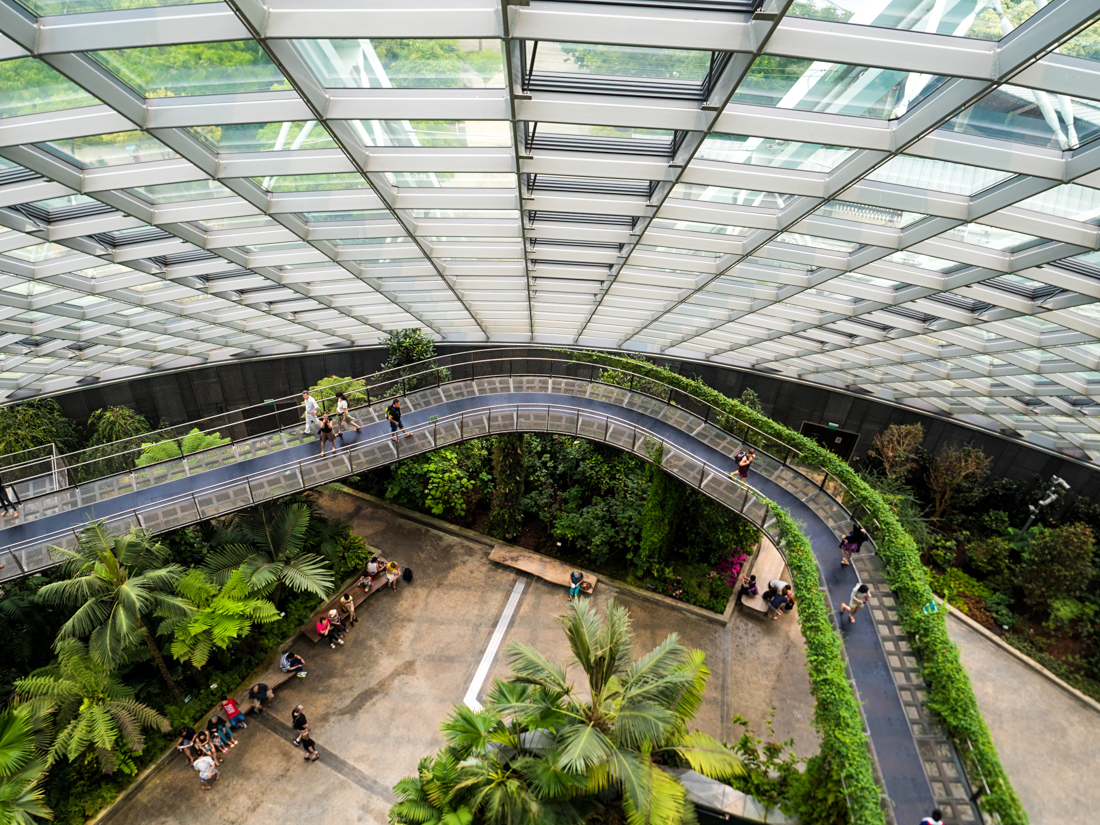 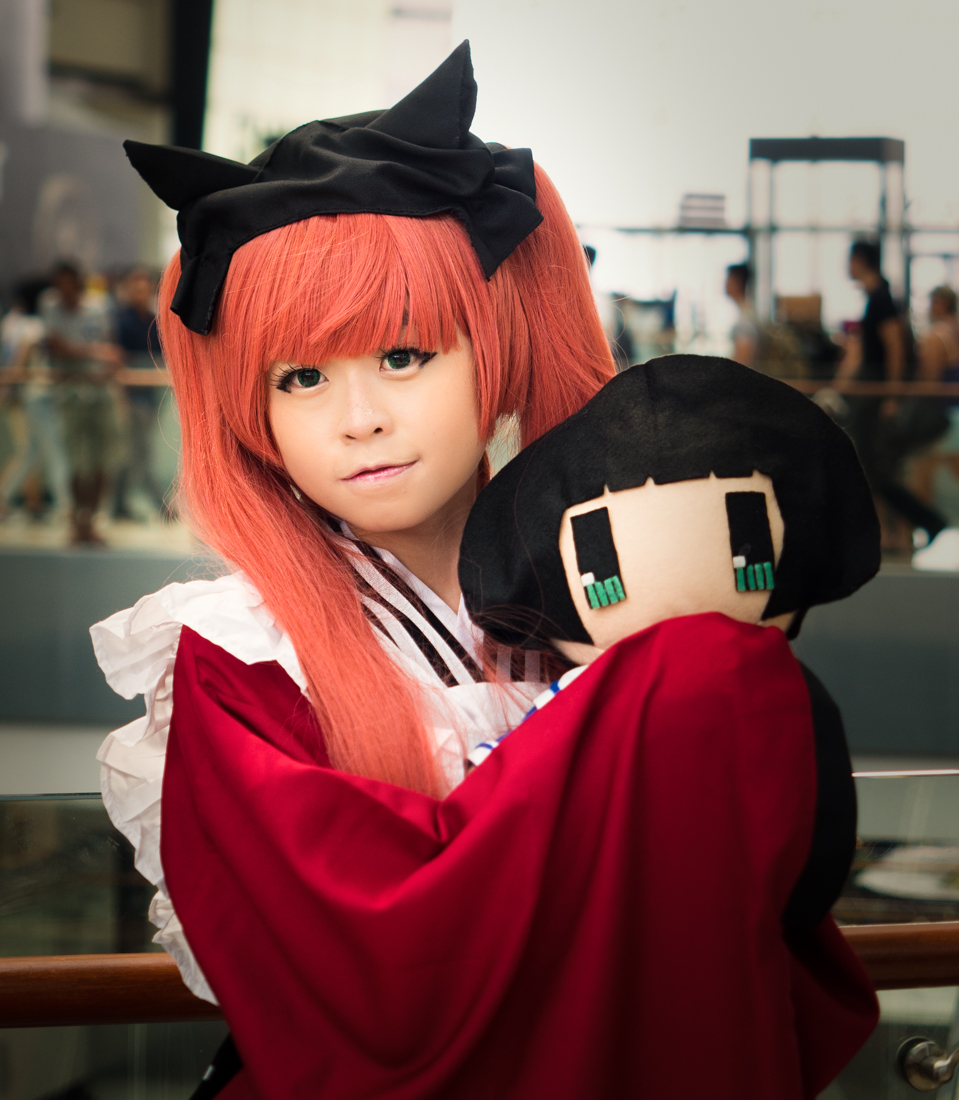 Posing for the Camera 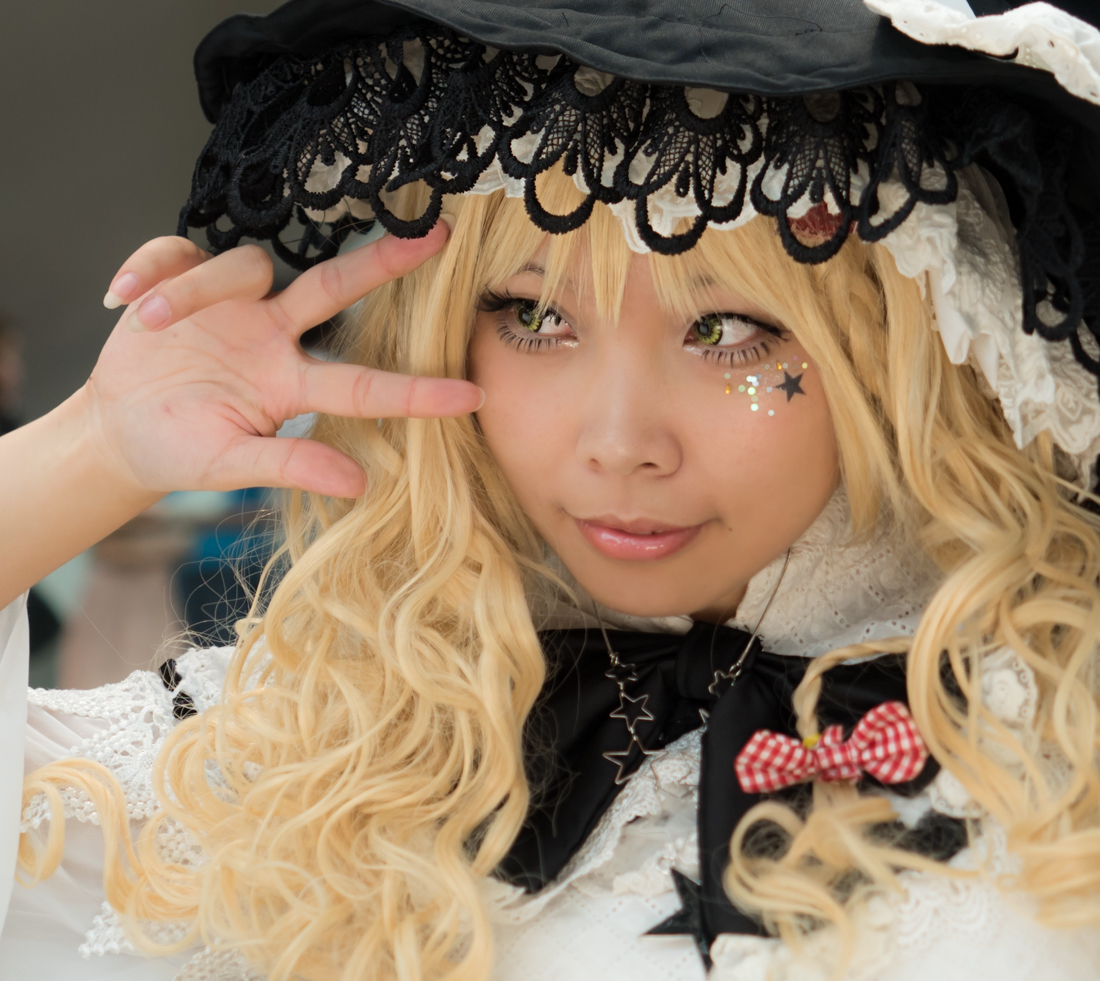 Working the Camera
Finally at the end of the day we always stumbled back towards Clark Quay where our hotel was. It’s a place with many bars and restaurants and rocked till 2am. Our hotel room was on the 20th floor so it was nice and quiet, this was the place where I paid $14 for a beer sitting at a table by the river. But at the end of the week on our last night I don’t even mind getting ripped off one last time. 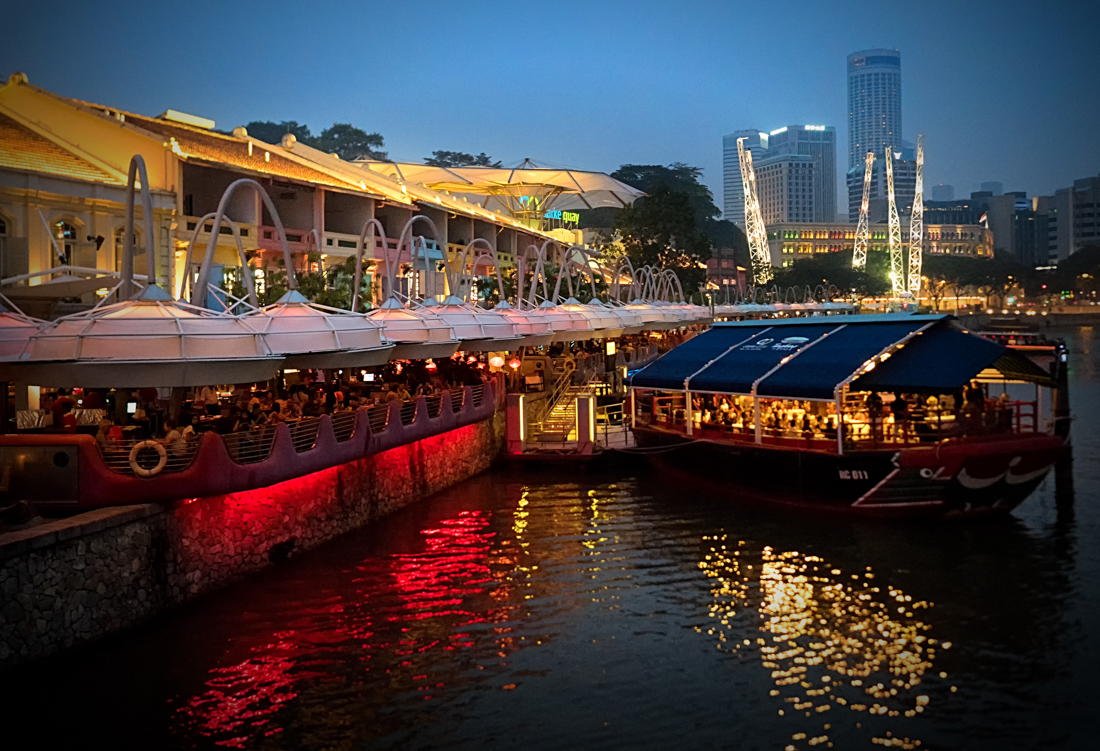 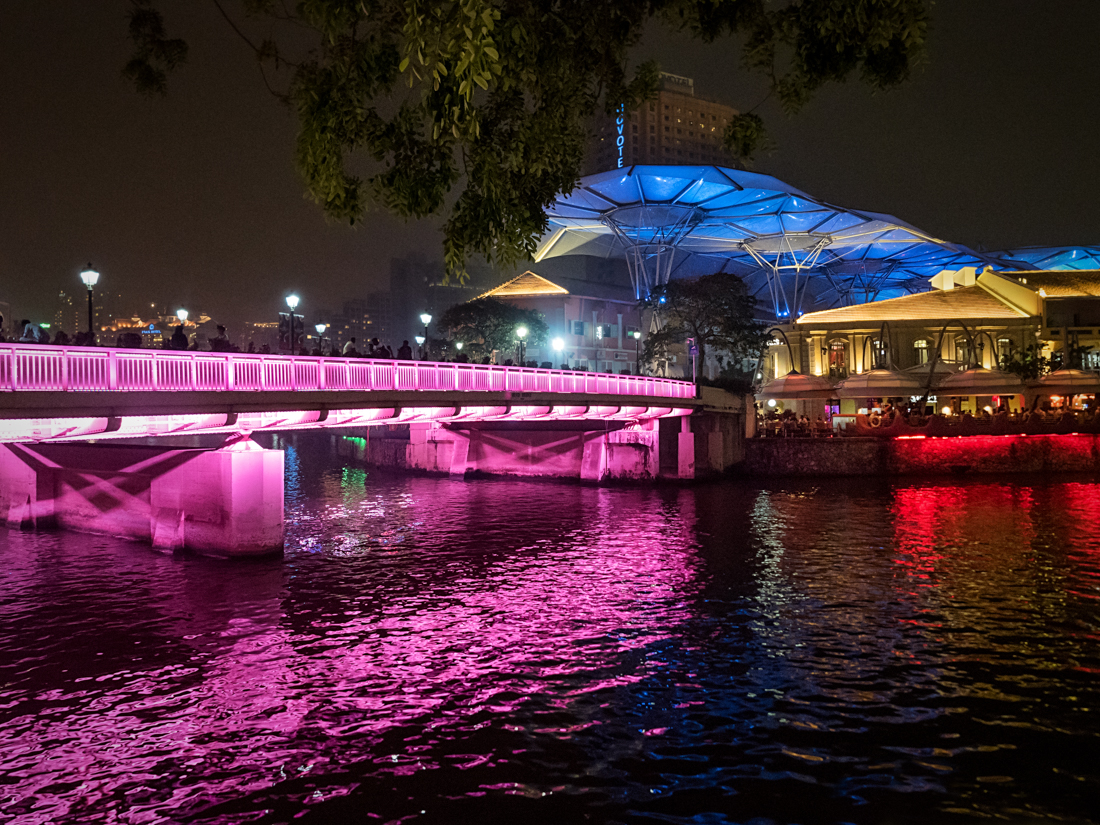 Changing lights on the Bridge

Flying back into Perth, the coastline is on the right by the wing with Perth City sitting on the river just on top of the plane engine.
Its nice to be home, but got to go to work tomorrow. 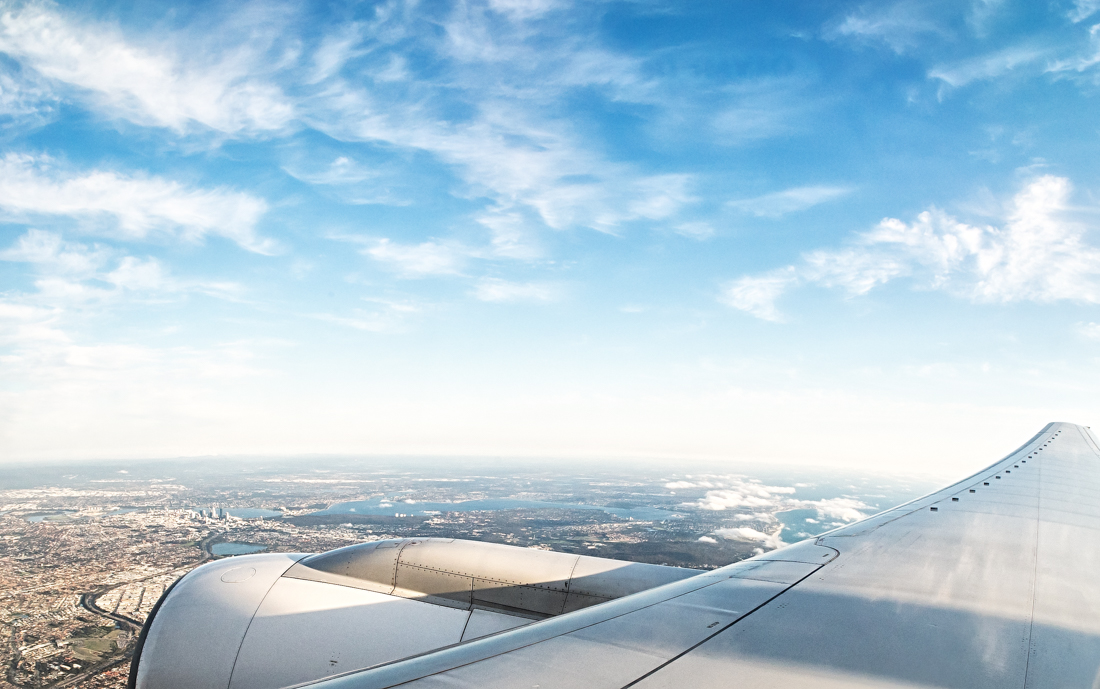 View of Swan River and Perth